The most widely used method is froth flotation. The ore is crushed and pulverized to dissociate various minerals into individual particles, and make the particle size meet the requirements of the flotation process. Various flotation agents are added to the milled pulp and mixed and mixed to interact with the mineral particles to expand the floatability difference between different mineral particles. The adjusted gold ore pulp is sent to the flotation cell, stirred and aerated. 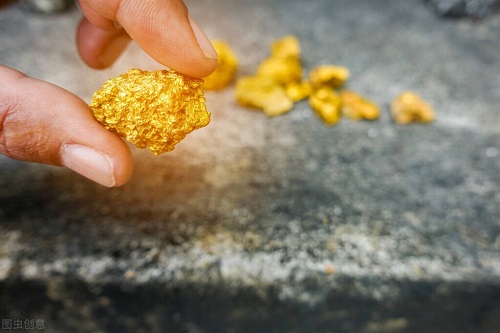 The ore particles in the slurry contact and collide with the air bubbles, and the ore particles with good floatability selectively adhere to the air bubbles and are carried up to form a mineralized foam layer composed of gas-liquid-solid three-phase. The pulp surface overflows, and then dewaters and dries into a gold concentrate product. Mineral particles such as gangue that cannot float are discharged from the bottom of the flotation tank with the pulp as tailings.

It is often used to treat sulfide ore containing a certain amount of gold and silver. In the process flow, the gold ore is firstly subjected to flotation operation, and a small amount of concentrate obtained by flotation is then subjected to cyanidation leaching. Compared with all-slime cyanidation, this process does not require fine grinding and leaching of all minerals, which is more time-saving, labor-saving and money-saving.

This gold ore flotation process is generally used for insoluble gold-arsenic ore, gold-antimony ore and gold-pyrite with extremely high sulfide content. A small amount of concentrate is obtained by flotation, which reduces the processing capacity of subsequent operations. The purpose of intermediate roasting is to remove elements such as arsenic and antimony that are harmful to cyanidation leaching.

This method is commonly used in the industry to process quartz sulfide ore containing gold telluride, pyrrhotite, chalcopyrite and other sulfide ores. The sulfide ore concentrate is obtained by flotation, and the gold and silver in it are exposed by roasting. Cyanide leaching was performed on the roasted product. At the same time, due to the high content of gold and silver in the middle and tailings obtained by flotation, it needs to be recovered by cyanidation leaching.