Amid the Covid-19 pandemic, the GLOBAL MARKET FOR IRON-ORE, estimated at 2.2-billion metric tonnes in the year 2022, was projected to reach a revised size of 2.5-billion metric tonnes by 2026, growing at a compound annual growth rate of 3.2% over the analysis, stated a report by market research company Global Industry Analysts titled 'Iron-ore – Global Market Trajectory & Analytics’.

The report, published in May this year, stated that the steel industry had experienced faster-than-expected recovery from the impact of lockdowns and production disruptions, amid the Covid-19 outbreak. The report attributed the rebound to the strong contribution from major end-use sectors like construction and automotive. 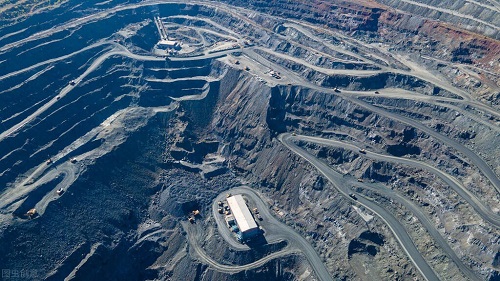 It noted that China and various other countries had introduced novel infrastructure programmes to foster economic growth and that, as steel, iron, and other metals are critical for these projects, the global iron-ore price spiked, with demand outstripping supply. Therefore, it anticipated that the iron-ore mining sector would gain, given this supply-demand dynamic.

The report noted that the iron-ore mining industry is characterised by considerable volatility and is impacted on by global demand, commodity prices, and business cycles. It stated that the extent of global industrialisation, especially in China, India and in other emerging countries, had given impetus to the demand for iron and steel, thus having an impact on global metal prices.

It anticipated that the global iron-ore market would witness modest growth, owing to rising infrastructure investments, and growing construction markets in emerging regions such as Latin America and Asia-Pacific. Further, it expected rising demand for steel worldwide, and a steady increase in infrastructure projects in countries such as Indonesia, India, and other such regions, would also fuel iron-ore growth. The report stated that the North American market should register robust growth, driven by rising steel demand in the automotive and construction industries. Further, it cited strict environment-related policies likely resulting in a growing use of iron-ore pellets, as these are considered to be more ecofriendly when compared with other kinds of iron-ores. Technology adoption would also be a significant factor in the regional market as the report anticipated its use would improve operational efficiency while lowering costs. 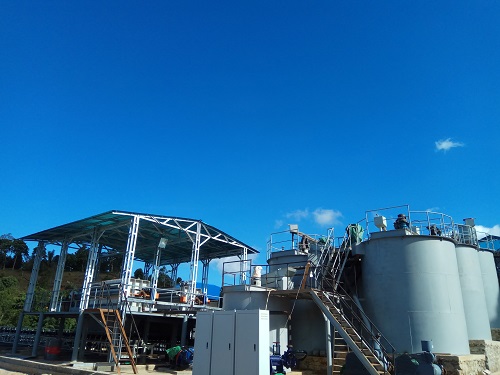 Latin America was listed as the second leading iron-ore market. The report noted that the market would be supported by the growing adoption in industries such as manufacturing and construction, especially in Brazil.

Meanwhile, it expected the market in Europe to register considerable growth, primarily owing to the growing investments in infrastructure projects in the region.

The Asia-Pacific market would also likely record strong growth, with the report attributing this to the increasing economic growth of various countries in the region, the growing population, and improving disposable income levels. India and China were said to be the key markets in the region.

However, the Middle East and Africa was earmarked as the iron-ore market to experience the fastest growth, with the report citing the region’s growing iron-ore consumption for industries such as manufacturing, automotive and construction.

The report also stated that the world iron-ore market would gain from the novel plants and growing production capacities in emerging regions such as China and India.

The report noted that the market was and would continue to be challenged by the “considerable” capital investment required for the heavy machinery and equipment needed for mining operations as well for the logistics infrastructure required for transportation.

Regulations and duties enforced by governments on the mining sector, and a shortage of skilled labour, also posed challenges to the market, while the presence of established domestic and international companies was expected to hamper the entry of new players.

Further, the advent of the Covid-pandemic had adversely impacted on the growth of the iron-ore market, owing to declining demand, labour shortages, compulsory shutdown of operations on account of lockdowns, and piled-up inventory.

The report noted that the use of robotics was growing in the mining industry, as the technology offered time savings, reduced operational expenses, and kept workers safe. Robotics was being leveraged for mining activities such as blasting, truck guidance in iron mines, and drilling, among others. Unmanned rock drilling rigs and trucks were also increasingly being used as they could operate around the clock and therefore considerably increased production capacity.

In 2022, the report anticipated, prices of iron-ore would rise, owing to recovery in demand. During the previous year, prices were on a downward trend, after reaching $220.1/t.

Demand for iron-ore was expected to continue to grow, supported by the stimulus package allocated for the infrastructure industry, given the decelerating economic growth. It further predicted that a considerable rise in the supply of iron-ore from leading producers would be unlikely and that significant supply risks would persist on account of weather conditions and potential interruptions, owing to Covid-19.

Supply limits from mining companies and demand from China were considered to be the factors behind the expected price rise, resulting in yearly average iron-ore price for the years 2022 and 2023 being over the levels registered before Covid.

China was expected to financially boost its economy in 2022, given the sluggish economic growth scenario, owing to a “dull” real estate market and the stringent coronavirus-related lockdowns. The market was also expected to be impacted on by the potential government efforts that aim to improve the self-sufficiency of China in ferrous units.

The report expected the steel industry's consumption of iron-ore to gain momentum, subsequent to low steel production in 2021, owing to power shortages. It cited production improvements in Australia and Brazil, and noted a likelihood of novel supply emerging from West Africa.