Five minutes to introduce you to spot copper sulfide flotation

Copper sulfide is the main source of copper production. The three main types of copper sulfide deposits are high-grade massive and disseminated copper porphyritic and copper-bearing sandstones. Different from the copper sulfide deposits presented by massive ores, copper porphyritic deposits contain only 5-10% of ore minerals, mainly represented by chalcopyrite, pyrite, bornite, ceruleanite and molybdenite. These minerals are scattered throughout the rock as individual grains -- "patchy" nodules and veinlets. Common grades for this polymetallic ore type are 0.3-0.6% copper, 0.1-0.2% zinc and 0.1-0.01% molybdenum.

Porphyritic ores are characterized by the close symbiosis of sulfide minerals, and sulfide minerals of different sizes often appear. Based on this material composition, such ores will be processed using bulk sulfide flotation with further regrinding and cleaning steps. Pyrite usually occurs with copper sulfide, while pyrrhotite occurs less often. The most commonly encountered non-metallic minerals are quartz, silicates, sericite and barite.

As ore grades decline, harder rock needs to be dug deeper to increase copper production. This requires reliable and wear-resistant equipment, optimized shredding circuits, and attention must be paid to water management in order to control costs and obtain operating licenses.

All copper sulfides are processed by flotation using xanthate at pH 6-12. When the pH is low, it is better to use an aeroflot type reagent instead of xanthate. If molybdenite flotation is required to separate it from copper sulfide, the pH should not exceed 11 to provide pyrite suppression, and a small amount of cyanide is added to the lime, and soluble silica is used to suppress the molybdenum flotation loop gangue minerals. 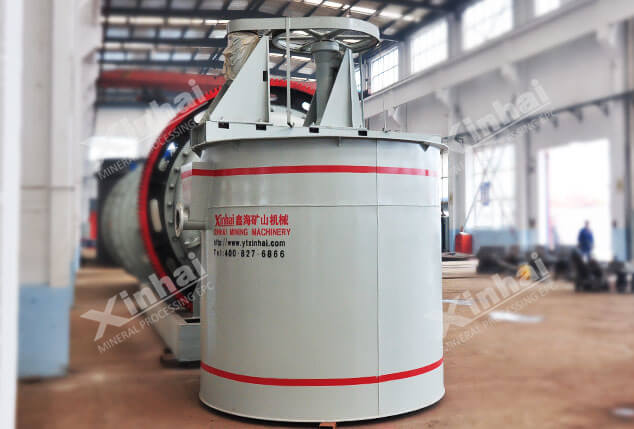 The following methods can be used to recover molybdenum from bulk copper-molybdenum concentrates:

• Treatment of copper molybdenum concentrate with sodium sulfide. In this case, copper sulfide and other sulfides are suppressed and molybdenite can be recovered by flotation with non-polar (hydrocarbon) collectors.

The number of flotation stages in the copper and molybdenum circuits depends on the content of the respective materials in the feed and their grade in the final product.

After concentration, filtration and drying, the concentrate is shipped to a smelter for further processing.

This is the conventional method of copper molybdenum processing. Using more efficient flotation reagents can reduce process costs by reducing the number of flotation cycles; projects with marginal copper and molybdenum grade ore can then be developed while improving process economics.