The gravity separation process of phosphate rock is mainly a heavy medium beneficiation method, which utilizes the different densities of phosphate minerals and impurity minerals, and selects a medium whose density is between the two, so that one mineral floats in the medium and the other sinks. , to achieve the purpose of separation, the gravity separation method has high separation efficiency and low environmental pollution, and can be used as a pre-selection operation to remove most of the gangue to improve the indicators of subsequent sorting operations. Phosphate ore scrubbing and desilting method is simple in process and is a physical beneficiation, mainly for weathered phosphate ore. The ore is scrubbed or stripped in water to remove the surface mud and enrich phosphorus minerals, but the enrichment of the scrubbing method is relatively low. 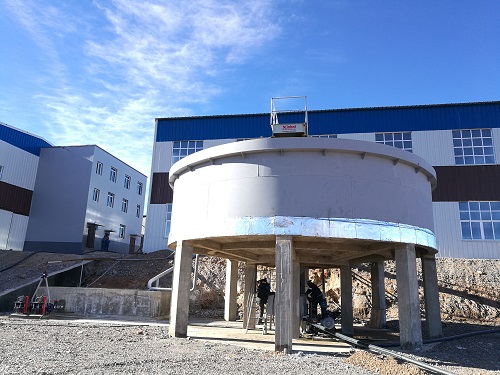 The chemical beneficiation method of phosphate rock is to remove the gangue minerals, mainly carbonate minerals, in the ore by means of the leaching solution of the agent, but the cost of this method is relatively high. optional.